Quebec Health Minister Christian Dubé confirmed Thursday that CIUSSS Centre-Ouest de Montreal, a regional health authority in Montreal, had been the victim of a cyberattack.

Dubé made the statement during a briefing on the province’s response to COVID-19.

According to Dubé, the attack took place Wednesday night.

“Our teams quickly realized that there had been these attacks, and, to protect the population’s data, particularly hospital data, the decision was taken to shut down the systems,” he said.

In a statement, the CIUSSS said that while front-line health services are being maintained, there could be delays as access to patient records and data is currently limited.

“As a preventive measure, Internet connectivity as well as external and remote access to our networks have been suspended,” CIUSSS Centre-Ouest de Montreal spokesperson Barry Morgan said in a written statement.

While giving an update on the situation Thursday afternoon, Dr. Lawrence Rosenberg, president and CEO of the CIUSSS, said telephone systems were the most affected by the shutdown.

“We’re coming up with workarounds to be able to mitigate the shortcomings there,” he said. “We’re distributing cell phones and Ipads and tablets to individuals so that they can communicate over the cell network rather than over our CIUSSS network. 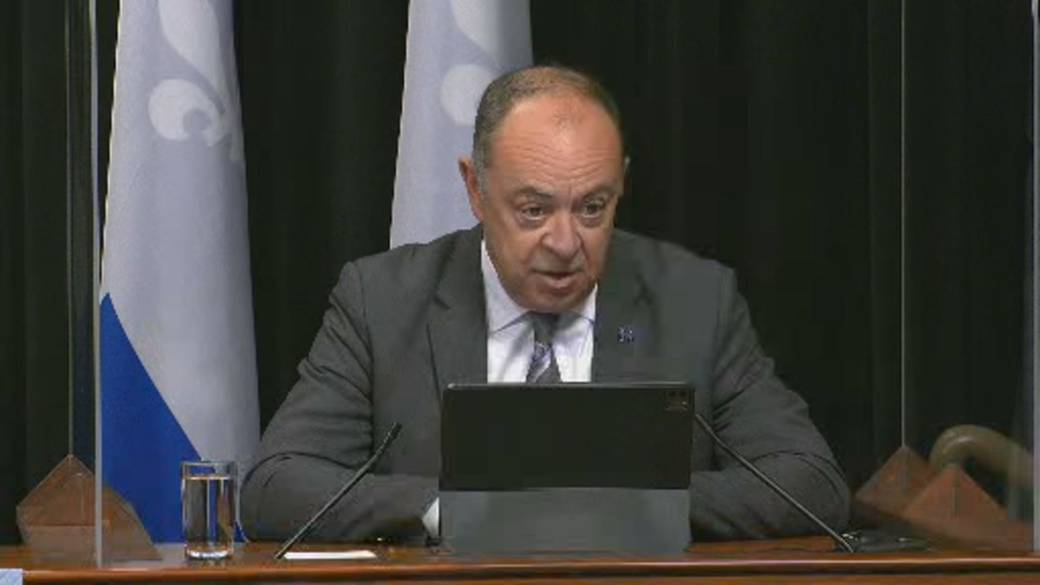 2:34
Coronavirus: Quebec shuts down hospital health system amid cyberattack, appointments could be delayed

Where needed, data is being transferred for internal use from one facility to another via encrypted USB keys.

In terms of hospitals under the purview of the CIUSSS, Rosenberg said they are functioning as usual, except maybe using more paper than they normally would as they shift away from electronics.

“I can assure you that up until the present time all our patients at the hospital are quite safe and receiving care,” he said, adding the same was true of residents living in long-term care facilities.

Where the impact might be more strongly felt in terms of slowdowns is out in community health clinics (CLSC), according to Rosenberg.

The CIUSSS said an investigation is currently underway with support from the Ministry of Health’s cybersecurity team.

“We are currently going through a fairly rigorous process with appropriate partners and authorities to help us understand exactly what has happened, what we need to do to further mitigate any ongoing problems should they arise and how to eliminate what we’ve already discovered,” Rosenberg said.

The CIUSSS said that so far, there is nothing to suggest that patient or staff information has been accessed or compromised.

While Dubé didn’t specify the nature of the attack, he did say it was “significant,” and that other health facilities may have been targeted even beyond Quebec.

On Wednesday, federal agencies in the United States, including the FBI, issued a joint alert warning of ransomware activity targeting the health-care and public health sector.

“We have credible information of an increased and imminent cybercrime threat to U.S. hospitals and healthcare providers,” the alert reads.

Rosenberg said they don’t yet know the nature of the attack on the CIUSSS, referring to it as a possible cybersecurity intrusion.

“There hasn’t been a ransom request. We don’t really know if this is ransomware,” he said.

“We never said it was ransomware. All I said when I opened my remarks, is that there was this anaomly…in our systems that looks like a cybersecurity intrusion into our network.”

Rosenberg said current estimates for getting to the bottom of things varies between 72 and 96 hours.