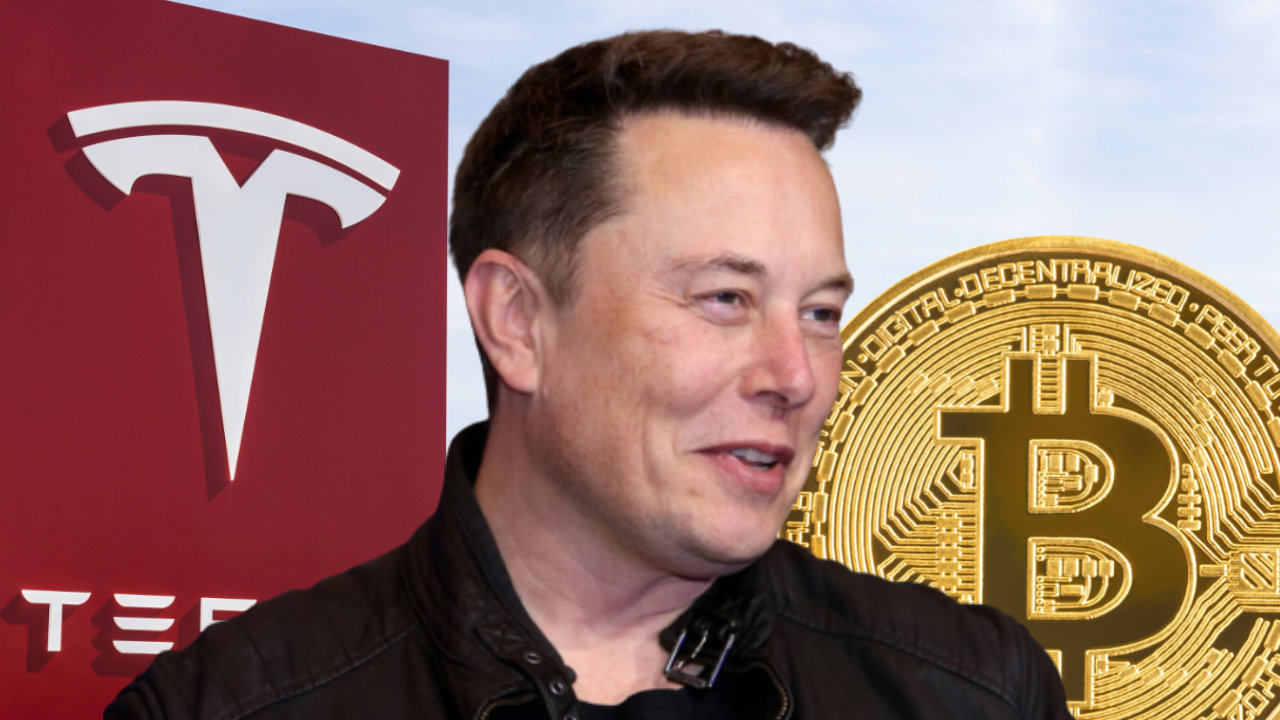 Tesla CEO Elon Musk has hinted how many bitcoins Tesla owns after revealing that the fair market value of its bitcoin holdings was $1.47 billion as of June 30.

Tesla’s technoking, Elon Musk, has commented on how many bitcoins his electric car company owns in response to a rough calculation provided on Twitter by Tesla shareholder Dave Lee.

In his calculation, Lee used $1.47 billion as the fair market value of Tesla’s entire bitcoin holdings as shown in the company’s Form 10-Q filed with the U.S. Securities and Exchange Commission (SEC). Tesla wrote:

His estimate suggests that Tesla is holding 42,069 BTC. Musk subsequently replied: “We don’t have that many bitcoin, but it’s close.” 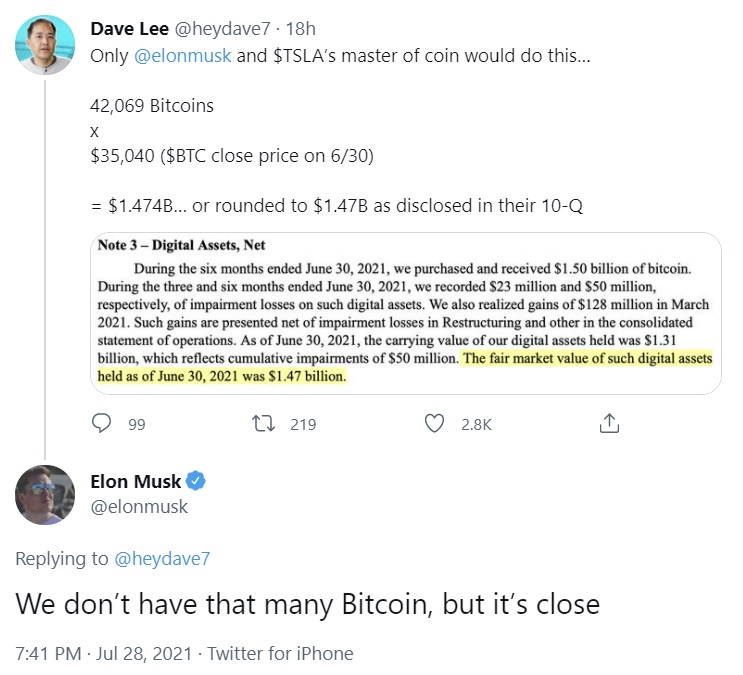 Tesla bought bitcoin worth $1.5 billion in the first quarter. The company also began accepting the cryptocurrency as a means of payment in March but stopped in May citing environmental concerns. However, Musk said at a recent bitcoin event, “The B Word,” that Tesla will likely resume accepting bitcoin.

At the end of the second quarter, the company reported its bitcoin holdings worth $1.311 billion after impairments. In April, the electric car company’s bitcoin stash was worth $2.5 billion.

Not only does Tesla own bitcoin, but Musk also revealed during the B Word event that he personally owns BTC, as does his other company, Spacex. Musk also owns ether and dogecoin.

According to a list of bitcoin treasuries, the only public company that owns more bitcoin than Tesla is Microstrategy. Led by the pro-bitcoin Michael Saylor, Microstrategy has made accumulating BTC one of its primary objectives. The company currently hodls approximately 105,085 bitcoins.

How many bitcoins do you think Elon Musk, Tesla, and Spacex own? Let us know in the comments section below.