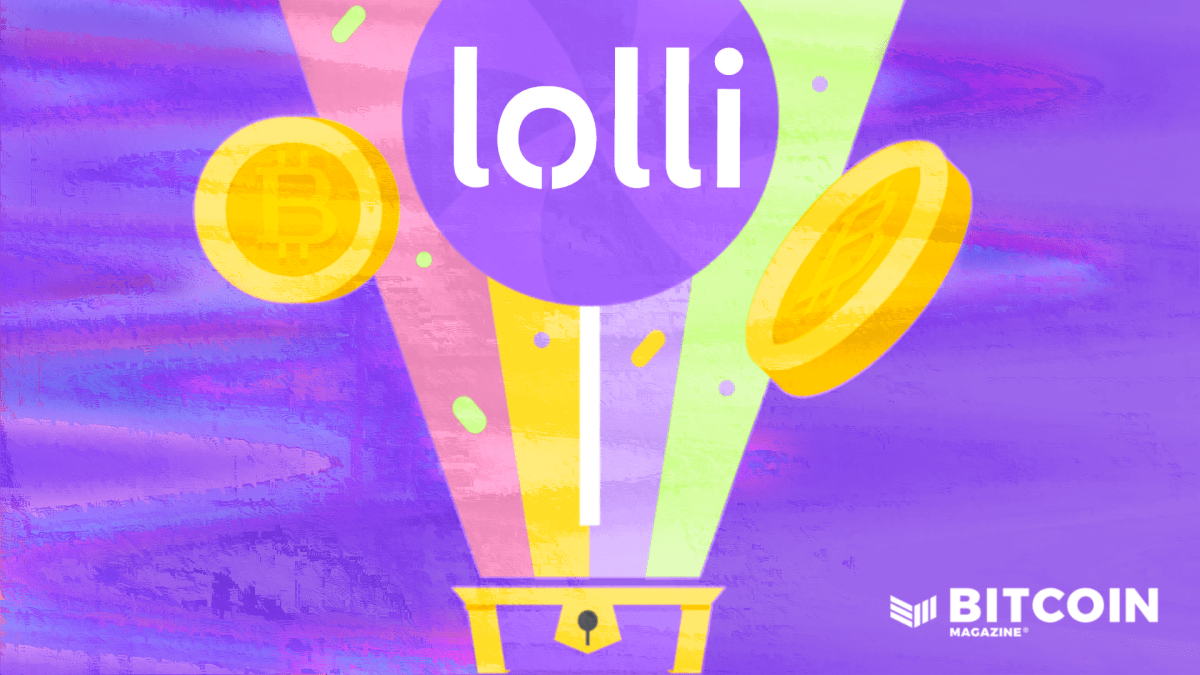 The release states that the money is going to be spent to ensure further growth of the company via further development of its recently launched mobile app, hiring new employees and building out new partnerships.

“We’re thrilled by the support of so many incredible investors and fellow entrepreneurs who believe in our mission of making bitcoin more accessible for all,” said CEO and cofounder of Lolli, Alex Adelman. “We believe it’s imperative to align with top creators to both educate, distribute, and amplify the power of bitcoin to the masses.”

Seeing massive social media influencers like Logan Paul, Chantel Jeffries and Sway House creators take a strong interest in bitcoin and then actually invest in a bitcoin company is great to see. As a Gen-Z, I’ve watched over the past few years on how big of an impact these social media stars have had on my generation and the rest of the world. If these influencers start promoting the benefits and importance of bitcoin as sound money and supporting bitcoin companies, not only this space as we know it will skyrocket from a business standpoint, but many young individuals will fall down the Bitcoin rabbit hole.

The Sway House members have a combined following of 85,900,000 million between members Bryce Hall, Josh Richards, Anthony Reeves, Jaden Hossler, Kio Cyr and Griffin Johnson, at the time of writing.

“Lolli is leading the way to mainstreaming bitcoin and making it accessible to the general public,” said Paul. “I’m thrilled to be investing and helping to fuel the growth of a company that allows users to earn and learn about this new asset class.” When it comes to helping make something mainstream, Paul is a fantastic ally to have on our side.

Animal Capital also has some heavy hitters behind them, being founded by TikTok’s Sway House, featuring big names like Griffin Johnson and Noah Beck. Although those two did not join in on the raise with their roommate Josh Richards, there is always more opportunity for them to get involved in investing in the bitcoin ecosystem in the future.

“Investing in Lolli is an exciting opportunity to bring bitcoin adoption to millions of people. Lolli has created a frictionless avenue into bitcoin adoption and has successfully made earning bitcoin fun, accessible, and simple,” said Animal Capital cofounder and TikToker, Josh Richards. “At Animal Capital, we believe in companies that are meeting modern users where they are — by bringing opportunities to invest in bitcoin to shoppers of all ages, Lolli is poised to transform the way that people, especially young shoppers, think about investing.”