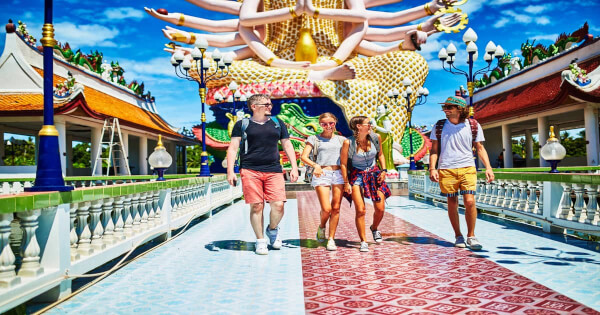 Bhummikitti Ruktaengam, the Phuket Tourist Association (PTA) President, confirmed that they were in talks with the Bank of Thailand to accept crypto as an alternative payment option for Ukrainian and Russian tourists.

“Cryptocurrencies would serve as a backup while transactions could not proceed.”

With nearly 7,000 stranded Ukrainian and Russian tourists spread across Pattaya, Krabi, Koh Samui, and Phuket, the crypto payment option will be instrumental when meeting their needs.

The Thai government also intends to offer shelter to tourists who cannot return home due to political unrest, suspended flights and cannot afford to stay in Thailand.

Even though nearly 30% of the Russian market goes through the Middle East, it might be forced to cancel its trips based on skyrocketing costs triggered by sanctions and higher exchange rates.

On the other hand, cryptocurrencies are emerging as a lifeline for ordinary Russians, according to Coinbase CEO.

Armstrong acknowledged that this was the case, given that the Russian Ruble had collapsed based on the heavy sanctions imposed. For instance, the Russian national currency has lost more than a third of its value this year.

The Coinbase CEO also pointed out that banning Russians from using the crypto exchange was out of the picture because the law did not warrant it.