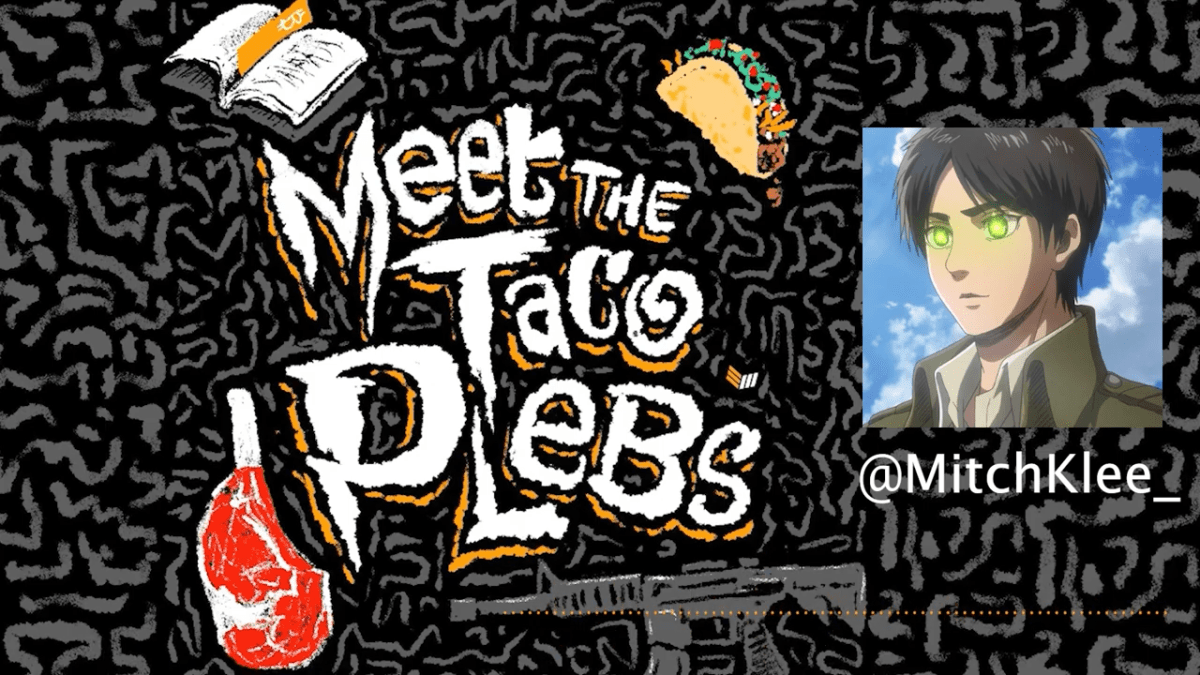 In this episode of Bitcoin Magazine’s “Meet The Taco Plebs,” I talked to the one and only Mitch Klee, a repeat contributor here at the magazine and common presence in our Twitter Spaces.

Mitch and I discussed several topics, including his inspiration for both of his Bitcoin Magazine articles. These touch on the topics of inflation, misallocation of capital, the way that commonly-cited metrics mislead in regards to these topics, and how this all relates to Bitcoin. Mitch is a dedicated Bitcoiner who is always discussing the latest news in our “Bitcoin Contributor” Telegram chat — an exclusive chat for those who contribute here at the magazine. I highly recommend you check out both of his articles, “Bitcoin As A Pressure Release Valve,” and “Bitcoin And The Changing Definition Of CPI,” both of which are fantastic commentaries on our current economic conditions.

Below is a written version of our interview, and be sure to check out the audio and video version of the podcast!

I heard about it in 2013, tried mining and figured out I could do it with my computer. Lost interest after the crash and I didn’t hear about it again until 2017. When 2017 hit, I was looking into the technology as an investment vehicle into the future and got confused with the altcoins and ultimately landed on Bitcoin being the one and only option.

How has Bitcoin changed your life?

It has encouraged me to take charge of a lot more personal responsibility and sovereignty. I have thought more about the direction in which Bitcoin is going and my time preference has risen as far as investing in bitcoin goes. I also see value differently when it comes to buying things, food and just money in general.

I also have much more knowledge in general about finance and how the global financial system works. Bitcoin on the periphery has many different things you must understand before you truly get how Bitcoin works. Learning more about these topics has taught me more about the world.

What inspired you to write your article “Bitcoin As A Pressure Release Valve,” and “Bitcoin And The Changing Definition Of CPI” for the magazine?

For “Bitcoin As A Pressure Release Valve,” I was looking at how Bitcoin could be adopted and I needed to learn more. I had a hypothesis but needed to know if it was true. I came to the conclusion that there’s something called the “leapfrog effect.”

For “Bitcoin And The Changing Definition Of CPI,” 2020 had a bunch of money printing and with the amount of monetary expansion, I didn’t trust that the numbers were actually true.

What are you most looking forward to in the Bitcoin space?

A foundation of truth with money. The entire world is on the fiat system, and being able to watch Bitcoin grow and evolve is one of the most interesting things I can witness and want to be a part of. Because our financial system is so messed up, Bitcoin solves a problem for everyone because it is the only base layer alternative that you cannot change and that governments don’t have control over. I am most excited about having a trustworthy foundational money.

No price prediction, but I don’t think the bull market is over. People migrate toward the most liquid asset and money. Everything will find its true value against bitcoin.