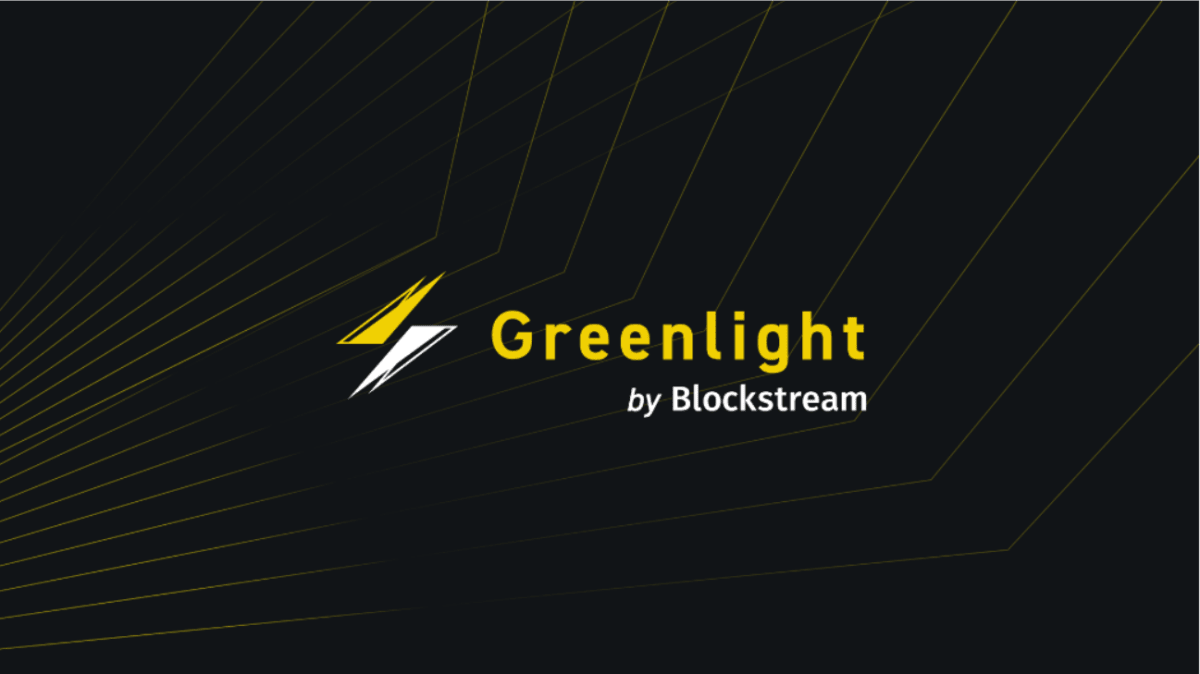 Bitcoin giant Blockstream announced their latest product today which uses their cloud infrastructure to allow users to run a Lightning node while maintaining control over their own keys, per a press release sent to Bitcoin Magazine. For this product, the private keys never leave the user’s personal device, assuring them that they always have full custody of their funds. Greenlight users will be able to access the device with ease through a simple programmable interface.

Greenlight has been built on top of c-lightning, which is an implementation of the Lightning Network that optimizes for performance and extendibility. C-lightning enables Greenlight to run more efficiently with low operating costs. Another cool feature about this product is that it saves users on-chain fees and reduces any fragmentation of funds because it enables the sharing of a single node among any number of front ends.

“Getting started with Lightning can be a challenge for some, especially the more technical aspects like operating channels or creating backups and watchtowers,” said Blockstream’s Core Tech Engineer, Christian Decker. “As a result, many people prefer custodial services, who manage the technical side for them, but do so at the cost of trusting the service operator with their private keys. At Blockstream, we think there’s a better way with Greenlight, which lets users operate a node while also having control over their private keys and bitcoin, leaving the intricacies of node operation up to the professionals.”

The release states that Greenlight is currently available through Sphinx and Lastbit, but is planning for a greater public rollout after the initial beta phase.

“Greenlight hits the sweet spot for many users who want to get on Sphinx and Lightning, but don’t have the time or ability to maintain their own node,” said Paul Itoi, co-founder of Stakwork who maintains Sphinx. “For any Sphinx Greenlight users, we’ll open a channel to your node so you can send and receive messages without moving around bitcoin.”

Because Greenlight is so user friendly, it could be a great way to onboard new users to the Lightning Network in a safe way that lets them hold their own keys. Greenlight also offers the feature to export nodes and load them on alternative platforms. “Greenlight also aims to equip everyday developers and incentivize building Lightning-enabled apps by removing the barrier of having to be a node operator,” stated the release.

Blockstream says that users can expect a wide range of new features implemented in the short term, such as automatically proposing channels, liquidity rebalancing, and swap services. While they roll Greenlight out, users will be able to access the service free of charge.