EU policymakers have proposed changes to EU rules to compel firms that transfer Bitcoin and other cryptocurrencies to collect details of the sender and the recipient. 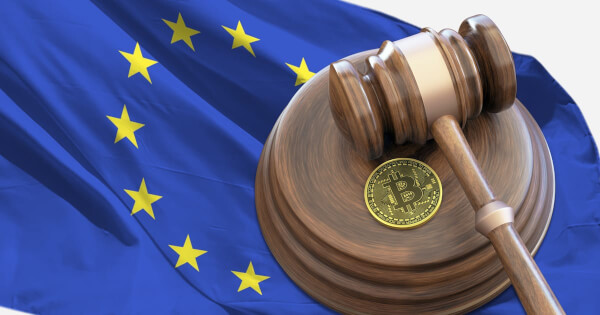 The European Commission made such an announcement on Tuesday, July 20. The proposal would make cryptocurrencies more traceable, which would assist in preventing terrorism financing and money laundering.

“Given that virtual assets transfers are subject to similar money-laundering and terrorist-financing risks as wire funds transfers… it, therefore, appears logical to use the same legislative instrument to address these common issues,” the Commission said.

Although some firms transferring crypto transactions are already covered by anti-money laundering regulations, the new proposals would extend such regulations to the whole crypto industry, forcing all firms to carry out due diligence on their clients, the commission said.

Under such proposals, a firm transferring cryptocurrencies to a client would be forced to record their address, name, account number, date of birth, and recipient name. The company receiving the funds on behalf of the recipient must also check if any of the required information is missing.

The proposals could take at least two years for them to become law. Certainly, to become law, such proposals will need the agreement of member states and the European parliament.

In September 2020, the European Commission put forward plans to regulate cryptocurrencies in the first attempt to oversee the nascent technology. During that time, the commission admitted that the future of finance is digital but said it is vital to mitigate any potential risks.

The agency’s new regulations aimed to minimise risks facing investors while also give legal certainty to firms issuing such assets.

One of the objectives of the new legislation involved minimising market fragmentation in the sector. The European Commission stated that several digital assets providers are only working in one member country. The new plan implied that crypto providers approved by one of the 27 EU nations would offer their services across all the other member states.

During that time, the commission also stated that it would impose stricter regulations on companies issuing stablecoins because there have been concerns about whether the issuers have the required reserves to back such tokens.