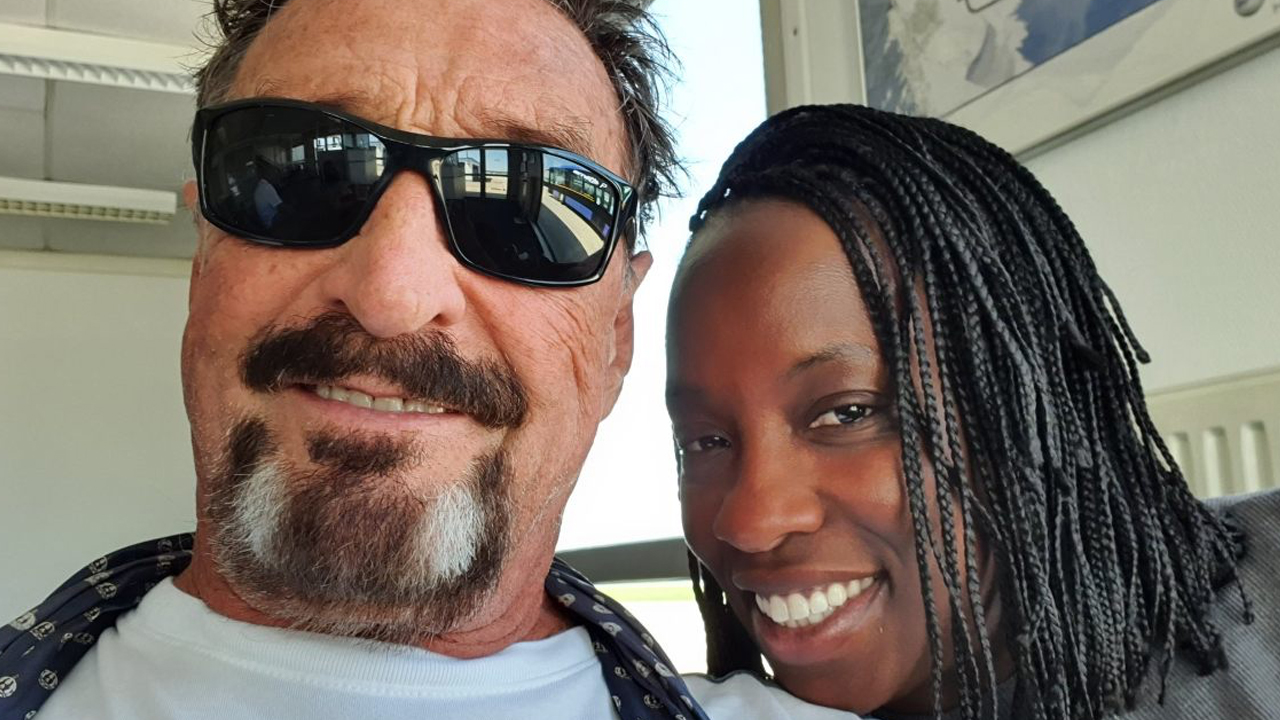 The eccentric 75-year-old cybersecurity tycoon John McAfee’s death has spurred a lot of controversy and speculation since he passed. Now McAfee’s widow Janice McAfee is speaking out and she doesn’t believe the mainstream media’s reports of her husband’s suicide. Moreover, reports now say that McAfee was carrying a suicide note in his pocket when he was found dead in a Spanish jail cell.

On June 23, reports from Spain declared that John McAfee was found dead in a penitentiary located on the outskirts of Barcelona. Hours before his alleged death, the Spanish court ruled in favor of McAfee’s extradition to the U.S. where he faced charges for tax evasion. The publication El Pais said at the time of death that when prison guards found McAfee hanging in his cell, the prison’s medical services tried to revive him but were unable to.

Now 14 days later, reports are saying that McAfee may have had a suicide note on his person before he died. An unnamed source who could not reveal the text written in the alleged note said that investigators have still not completed the inquiry into McAfee’s death. When McAfee’s widow and his Spanish lawyer, Javier Villalba, heard about the note via the media, Villalba said authorities never told the family about McAfee’s ostensible suicide note.

Meanwhile, as numerous conspiracy theories surround McAfee’s death, his widow Janice McAfee has published a letter she wrote on Twitter.

“I cannot begin to describe this pain I am feeling,” the antivirus tycoon’s wife tweeted. “That everyone who truly loved John is feeling. I have been struggling to write this tweet since the news of John’s death. I still cannot believe he is really gone. I miss you and I will love you forever John David.”

The letter below her Twitter statement slammed the media and the recent report of an alleged suicide note.

“The story of John’s ‘suicide’ was already prepared and presented to the public before I or his attorneys were even notified of his death. Words cannot describe how enraged I am at the fact that I had to hear the news of John’s death via a DM on Twitter,” Janice McAfee’s statement reads. “And now it’s being conveniently reported that there was a ‘suicide note’ found in his pocket, something that was not mentioned when I collected John’s belongings from the prison and another piece of information the media somehow got a hold of before myself and John’s attorneys,” she added.

Janice McAfee: ‘I Do Not Accept the ‘Suicide’ Story That Has Been Spread by the Malignant Cancer Called MSM’

John’s wife further said her husband “should have never spent a day in prison let alone nearly nine months.” Her letter continued by stressing that McAfee was a fighter and he had “so much more fight left in him.”

“I spoke with him twice the morning of the 23rd and in our last conversations, we spoke about the court’s decision to extradite him to the U.S. This decision did not come as a surprise to John, myself, or his lawyers,” McAfee’s widow continued. “We were prepared for the Spanish courts to grant the request for extradition, we had a plan of action in place to begin the appeal process and we discussed plans for the next stages of his legal fight. The extradition would have not happened immediately, it would have taken many months at least.”

A spokesperson from the Catalonia investigation team explained to the press that a forensic team was working on the case. The team will be performing toxicology tests on McAfee’s body but the official cause of death won’t be released for “weeks.” “He told me to be strong and not to worry, we would continue to fight all the necessary appeals,” McAfee’s widow further said. “His last words were I love you, I will call you in the evening but sadly that call never happened.”

Janice added that she was determined to find answers as to what really happened and for now, she doesn’t trust the mainstream media’s (MSM) story.

“The investigation into John’s death is still ongoing but I will share what information I can when I can,” Janice’s letter concludes. “Until then, I do not accept the ‘suicide’ story that has been spread by the malignant cancer that is the MSM. They and their unnamed sources are not to be trusted.”

What do you think about Janice McAfee’s claims and her critique against mainstream media and the alleged suicide story? Let us know what you think about this subject in the comments section below.