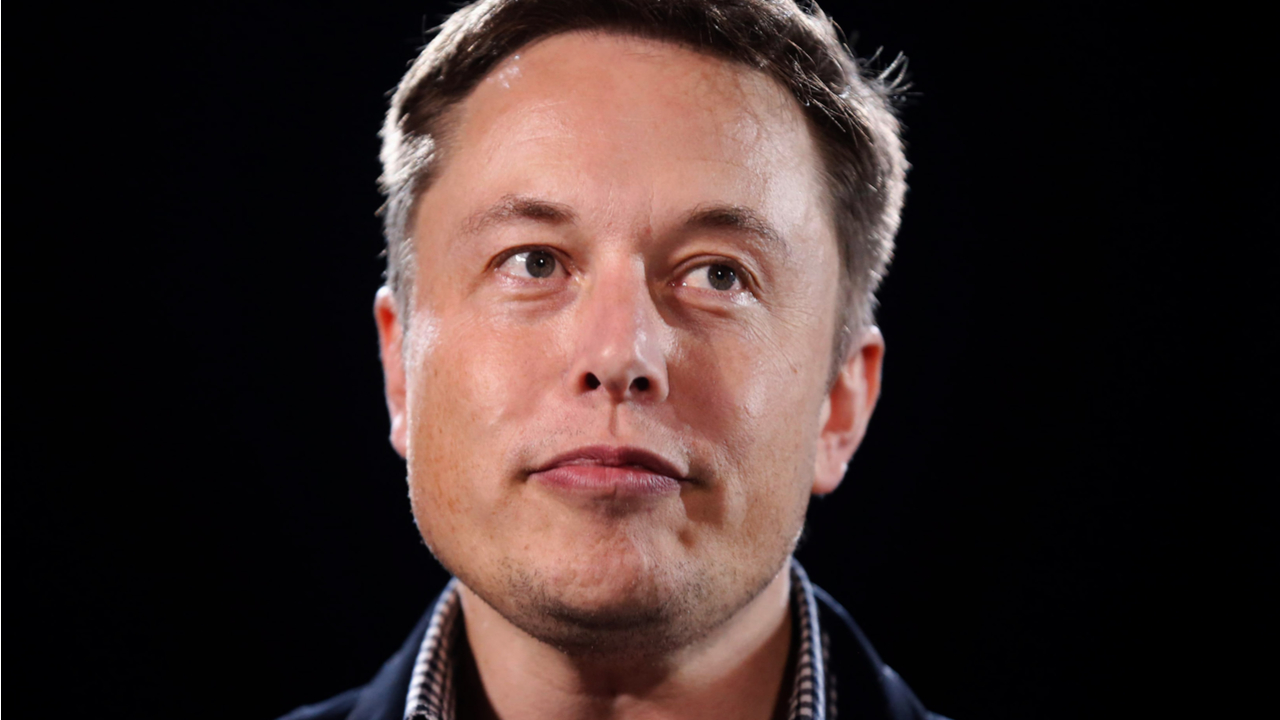 Elon Musk went after Bitcoin hater Warren Buffett recently, sharing what looked like a bullish crypto quote attributed to the billionaire investor. The tech entrepreneur, whose comments on social media have been moving crypto markets this year, later removed the post with the obviously fake Buffett statement.

Tesla CEO Elon Musk tweeted a meme of the famous American business magnate Warren Buffett with a quote underneath reading “Find as many coins as you can. And fast!” Musk attributed the statement to Buffett, describing it as his “best financial advice.” The entrepreneur turned-crypto-influencer said he found it on the internet. 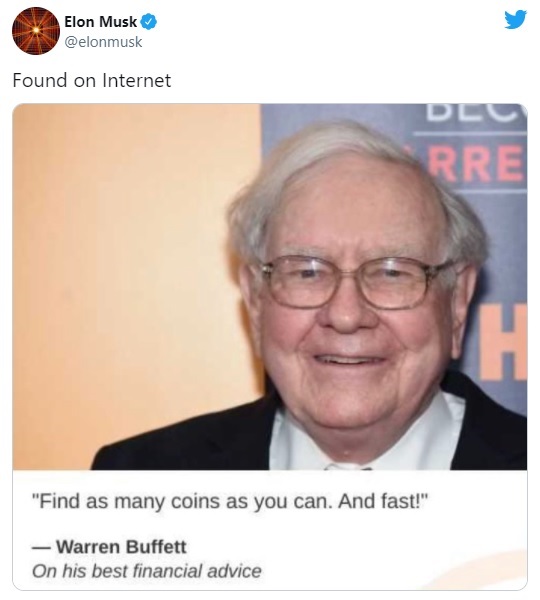 In just a few hours, Musk’s latest crypto tweet gathered thousands of likes and comments early on Tuesday but the post later disappeared from his Twitter account. The quote in the tweet is most likely fake or wrongly attributed to the 90-year old legendary investor who is a well-known critic of Bitcoin, to say the least.

Warren Buffett has maintained a negative stance on cryptocurrencies over the years. In 2019, the Oracle of Omaha said “bitcoin has no unique value at all,” calling it a “delusion.” In 2018, the CEO of Berkshire Hathaway stated that those who put money into bitcoin were not investing but speculating and gambling. “Probably rat poison squared” is arguably Buffett’s most famous description of Bitcoin, which he gave at the company’s annual meeting in May of that year.

On the other hand, Elon Musk has been a prominent supporter of cryptocurrencies, with few exceptions such as this year’s decision to suspend BTC payments for the vehicles produced by his electric car company, due to concerns about the increasing use of fossil fuels to power bitcoin mining. The crypto-economy lost billions following his announcement on Twitter.

However, Tesla’s $1.5 billion investment in bitcoin earlier this year gave crypto markets a serious boost. Then in May, Musk reaffirmed his allegiance to decentralized money stating that in the battle between fiat and crypto, his support goes to the latter. He also said that Tesla would resume accepting bitcoin upon confirmation of a “reasonable” 50% clean energy usage by cryptocurrency miners.

Musk and Buffett have in the past clashed over business models. In 2018, the Spacex founder said that “moats are lame” referring to a term popularized by Warren Buffett, and emphasized the importance of innovation. Buffett responded by warning Musk to stay away from his moated ventures. Musk then announced he is starting a new candy company to take on Berkshire-owned moat See’s Candies that he’s going to call “Cryptocandy.”

Why do you think Elon Musk removed his Warren Buffett tweet? Tell us in the comments section below.