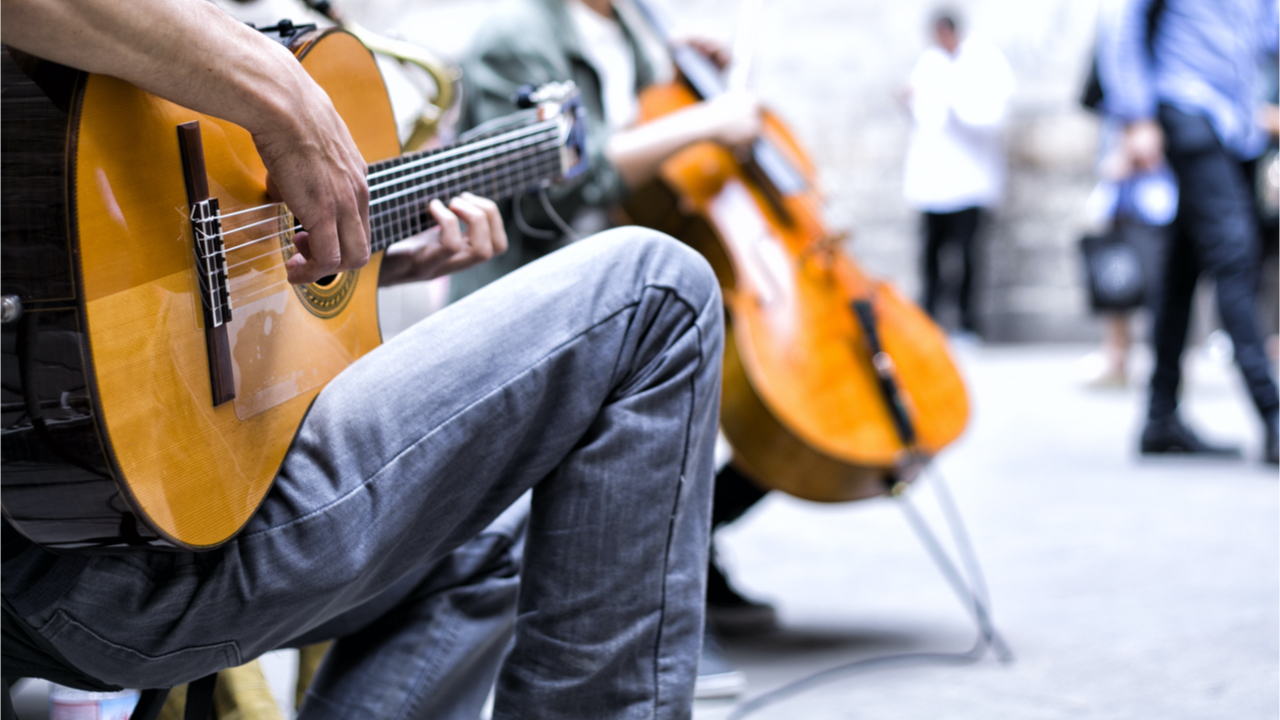 Street performers, or buskers, are leaning more toward digital platforms these days compared to the old method of accepting loose change. A report recently published by economists at RMIT University in Melbourne, Australia has found that in certain areas, buskers get more donations via digital payment methods like Paypal and bitcoin from people passing by, than by traditional means.

Buskers Leaning Toward the Digital World

Economists at RMIT University in Melbourne and data collected from The Busking Project indicate that digital methods of payment are becoming the norm for street performers. According to statistics from the study, the research combed through the payments stemming from 3,500 buskers from 121 countries.

Street performers getting payments via digital avenues have been leveraging different methods for quite some time. A myriad of stories and forum posts show bitcoiners have been busking for bitcoin throughout the last ten years.

In April 2018, ABC interviewed a busker named Josh Thompson who was “busking for bitcoin.”

At the time, Thompson said in Australia people passing by were “hesitant to make electronic payments to buskers.” However, Thompson remarked that it wasn’t the case everywhere, as other regions were more receptive to paying by digital means than loose change.

“In Europe and the UK, with apps and Paypal and everyone getting into bitcoin, people actually are paying buskers with digital currency,” Thompson said. 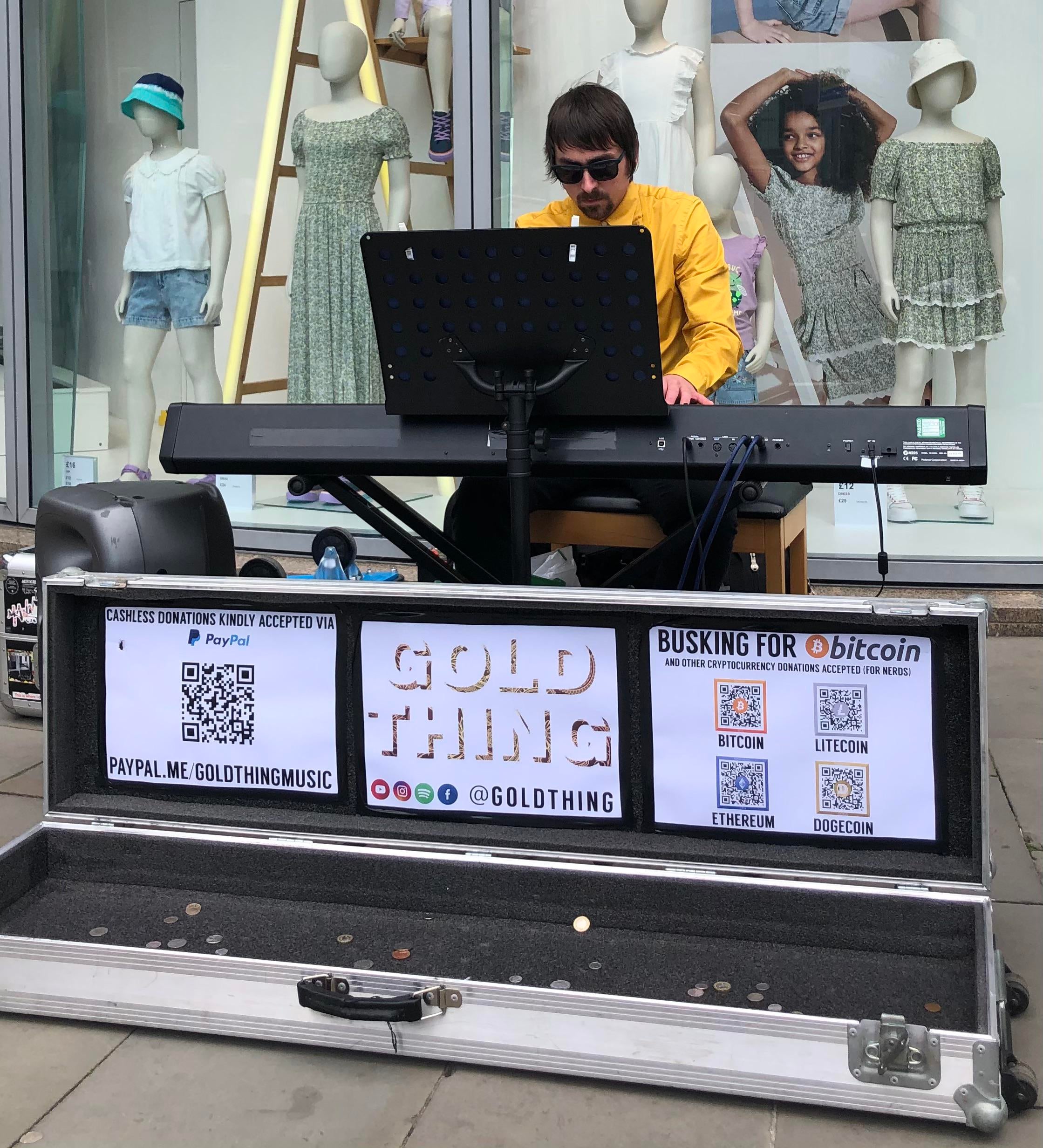 The most recent study compiled by RMIT economists was led by Dr. Meg Elkins, a senior lecturer in the School of Economics, Finance, and Marketing at RMIT. Elkins detailed that the report’s findings suggest street artists have more of an “entrepreneurial” spirit these days.

“Buskers performing in public for coin is a centuries-old practice, but they have to move online as our society becomes increasingly cashless,” Elkins said. The economist further added:

We know many street performers become personalities in their own right and we wanted to uncover how they could use digital payment systems to increase their online earnings and create more sustainable careers.

The Busking Project itself is an application that street performers and fans use to connect. The platform enables tipping from bank transfers in a few different fiat currencies. However, a few of The Busking Project’s blog posts highlight the use of bitcoin for payments as well.

In one particular article, The Busking Project gives the reader six digital methods to choose from and one of them is bitcoin. In the bitcoin section of the post, the author says the digital currency is: “My absolute favorite way to get tipped.” 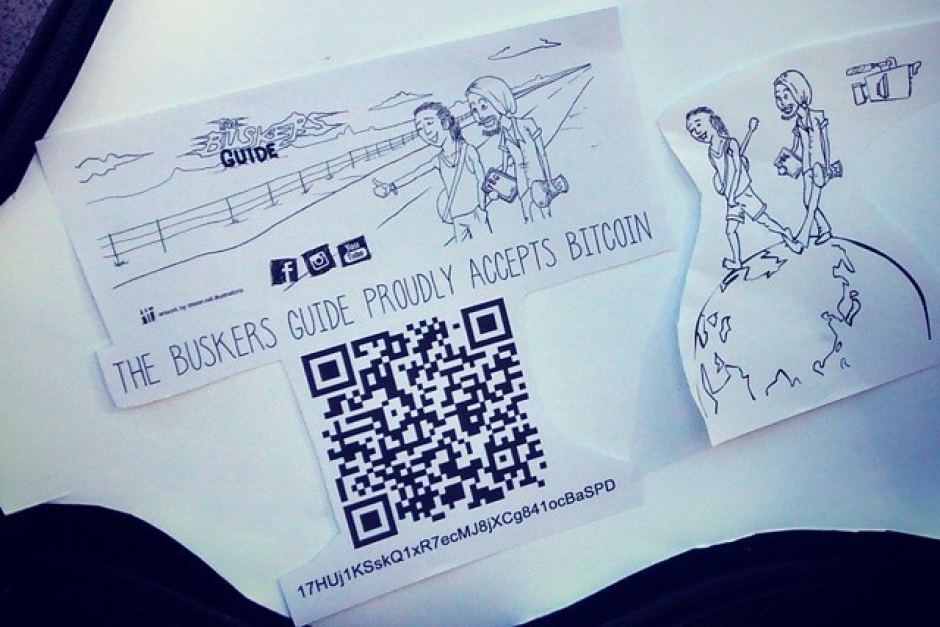 The author of the post, written in 2017, further highlights that bitcoin (BTC) “transaction fees are getting higher” and “it’s in the early adoption phase.” The author adds that bitcoin is well worth learning about and BTC’s value could rise over time.

“So, if you get paid with bitcoin and keep it in your bitcoin wallet, you could end up making more than the tip amount,” the author of the six digital payments article adds.

The RMIT economist believes digital payments and QR codes are an excellent way for buskers to get paid. RMIT’s study also shows circus acts obtained the largest donations. The probability of musicians getting donations is the highest, but musicians get the smallest payments as well.

“In the future, we could see QR codes as part of the street performance, which would simplify the payment process even further,” Elkins remarked. The RMIT report’s author concluded:

More than 40 QR code trails are underway across Europe, the US and Australia. Digital platforms can potentially allow street performers to generate more generous donations beyond cash tips.

What do you think about buskers getting more in digital tips than by the traditional spare change method? Let us know what you think about this subject in the comments section below.