Despite crypto investors’ growing accustomed to volatility, it always puts them on their toes when BTC price drops drastically.

A selloff in the stock market spilled into crypto, causing Bitcoin and Ethereum to experience substantial losses. BTC’s price has fallen by 13% since the beginning of December, while ETH’s value has declined about 8%. The decreases occurred after comments from SEC Chairman Gary Gensler in regard to cryptocurrencies, as well as uncertainty surrounding the new coronavirus variant. Additionally, US President Joe Biden signed the $1.2 trillion infrastructure bill last month containing key provisions that could have tax consequences for crypto investors. 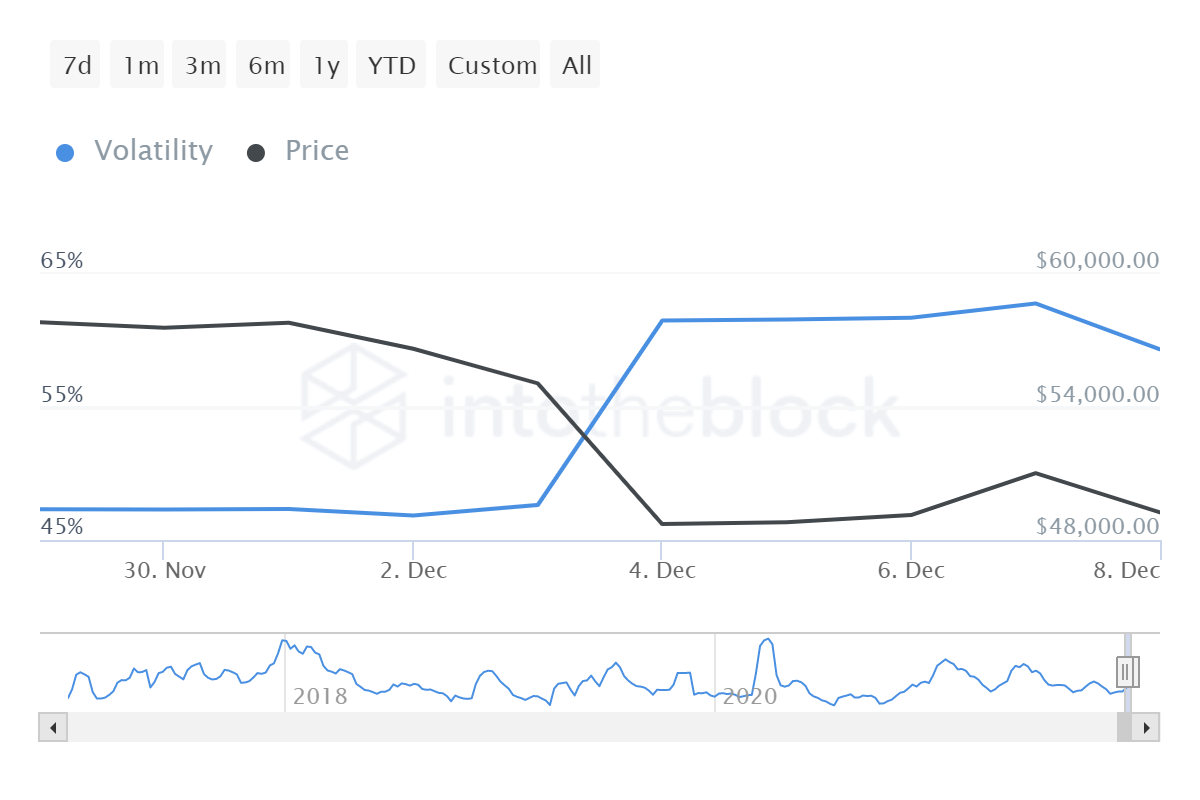 When BTC reaches its new ATH, it typically retreats, and that’s what’s happening now. We at ChangeNOW have seen more severe price corrections before, such as a 54% decline from ATH in May to July, so I’m still convinced this is not a bear market.

I will change my mind and agree with the bear market camp if the price of Bitcoin plummets below $31,000 (which seems very unlikely). 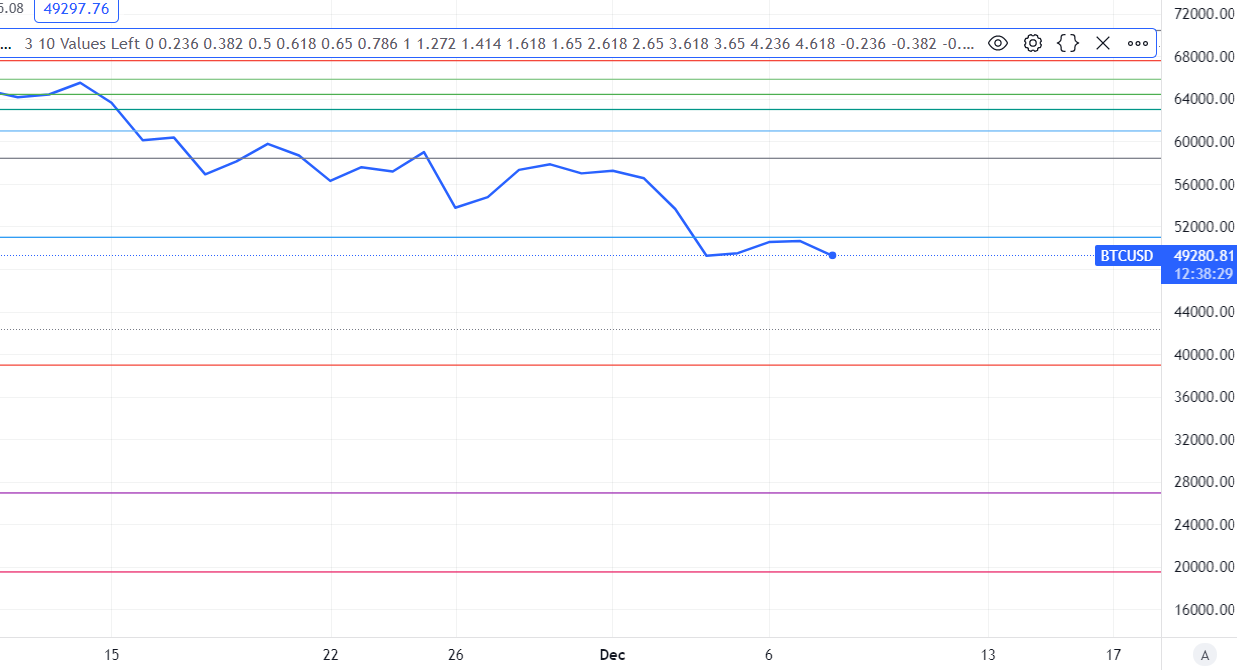 According to Fibonacci retracement levels, a break above $58.400 suggests a continued upward movement and a V-shaped recovery. There are more milestones to come including $61K, $63K, $64K, and eventually a major resistance line of $67,500, a breakthrough of which would mean the imminent new ATH.

However, the use of retracement levels alone may not be enough to identify breakouts, so it’s important to use additional indicators and keep abreast of fundamentals.

When we see a surge in the On Balance Volume technical indicator amid a price decline like this one in the chart above, it could be a good signal of the upcoming trend reversal.

As for Ether, my previous forecast that it would reach ATH imminently was incorrect, but nothing can be predicted precisely. At one point, it briefly hit $4,778, roughly $100 short of the previous record of $4,878.26 it hit on November 10.

Despite the fact that Ether tends to follow the same path as Bitcoin, currently it has a correlation coefficient of 0.39, which is a 2-month low, meaning that ETH is more independent of BTC than it was before. So, Ether can recover faster and rise to a new ATH before Bitcoin. 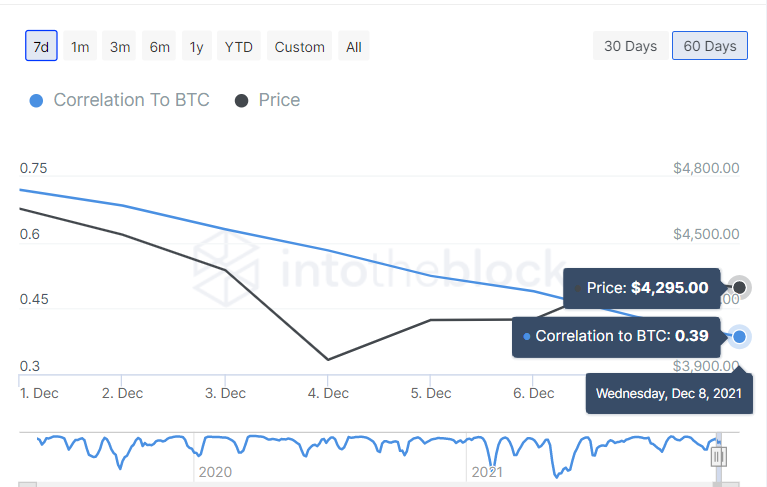 The chart below shows BTC and ETH’s price movements since 2017. The Ethereum price has a close correlation with Bitcoin, but has seen even greater volatility.

Despite the pullback in BTC, not all tokens were negatively affected, and the gaming metaverse tokens I mentioned in my previous article continue to thrive.

It did follow the overall crypto market plunge at some points, but you can see how quickly it recovered.

Meanwhile, Neos Credits (NCR), a token I also covered in my previous overview, wasn’t so resilient, struggling to overcome the red territory and posting a 30.4% weekly drop. Even so, its previous incredible gains were enough to keep it afloat, and it is still up a whopping 1,031.8% compared to last month’s levels.

Among the other metaverse tokens I mentioned, VIBE slumped by 14% this week, but it’s still up 182% from last month.

In addition to DDL outperforming Bitcoin and other major cryptocurrencies, it may be worth taking a look at DEEPSPACE (DPS), which gained 21.5% in 7 days and is up 132.2% month-over-month. InSure DeFi (SURE) and CryptoPlanes also performed well over the past week.

This article was first published on Cointelegraph.