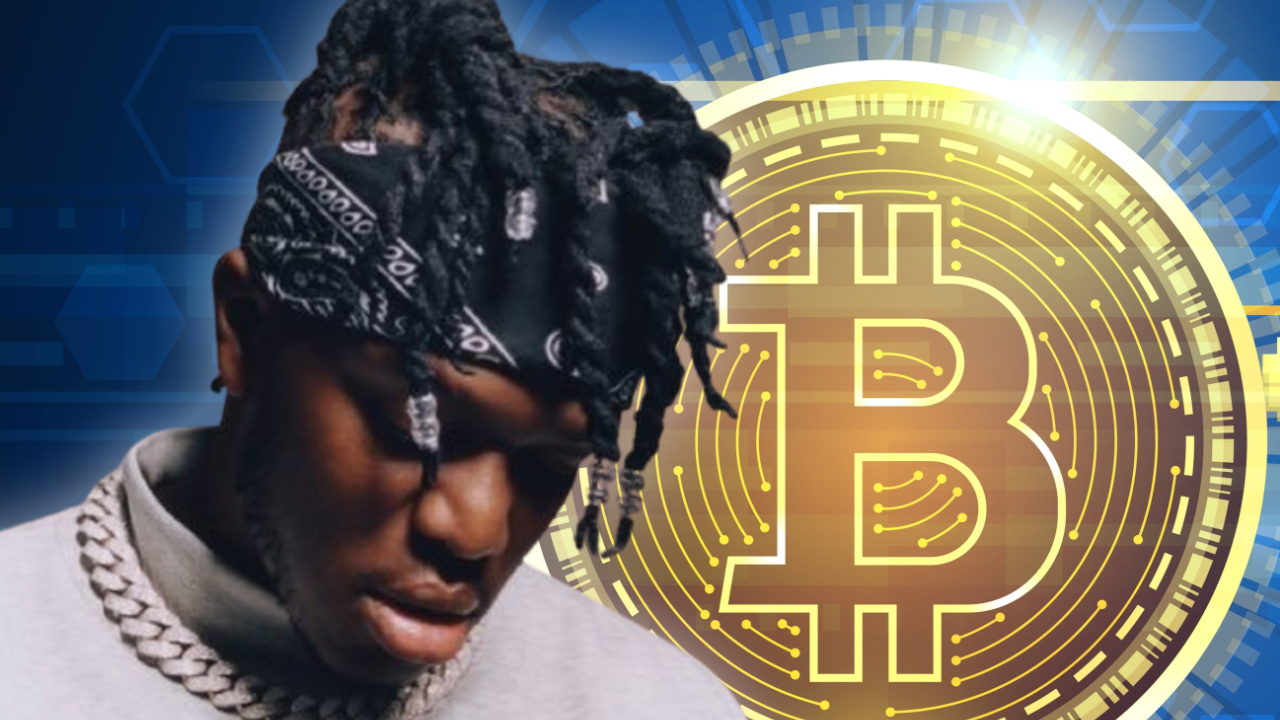 Youtube superstar and rapper KSI, also known as JJ, has shared that he made millions of pounds investing in bitcoin and “lost it all” when the market “crashed.” Nonetheless, he still believes that bitcoin is the future and “eventually you’re going to get a $100,000 bitcoin, a $500,000 bitcoin, and a $1 million bitcoin. It’s going to happen.”

KSI, whose real name is Olajide Olayinka Williams Olatunji, is also known as JJ. In 2019, he was ranked second by The Sunday Times in its list of the top 100 U.K. influencers. He is also part of the British Youtube group known as the Sidemen. The British influencer recently became a vocal fan of cryptocurrency.

He was asked about a rumor of him putting “a lot” of money into bitcoin. KSI then revealed that he invested £2 million ($2.75 million) in BTC around November or December last year but later lost money when the bitcoin market crashed. He said:

Yeah, I put £2 million into bitcoin. Well, I said bitcoin … [But] This was in cryptocurrencies. I made £7 million, and now I’ve lost it all.

“I got lucky with the £7 million, but I should have been smart and taken that money out into fiat and then just wait for everything to drop and go back into it again,” he opined, admitting that he got carried away with the bull market.

KSI added: “It’s been a full journey, but I had to experience it. I had to really delve into the whole crypto space, and you know, I fully understand that now. I put money in things where I essentially leveraged myself and I kind of over-leveraged myself to a point where I lost money, because I got liquidated, so I put a lot of money into something I got liquidated because of the bitcoin crash.”

Commenting on losing millions of dollars investing in cryptocurrencies, the Youtube star said, “I was like, ok, well big whoop,” elaborating:

It is what it is. I’ll move on. There’s no point crying over spilt milk, and I realized that during the bear market is when you want to invest in things.

He was also asked whether investing in bitcoin was like gambling. He replied: “No, I don’t think it is. I don’t think it is gambling. It’s not gambling. No, no, no, no. Bitcoin is here to stay. It is the future. It’s just that no one wants to accept it … Same with Ethereum. Yes, of course, it all fluctuates, but it’s going up.”

The famed rapper further opined: “Maybe it might take 5, 10, 15, 20 years, but it’s going to happen, you’ve got to remember, bitcoin doesn’t have inflation … That’s what’s so great about it, it’s not controlled by a centralized bank.”

What do you think about KSI’s experience investing in bitcoin? Let us know in the comments section below.