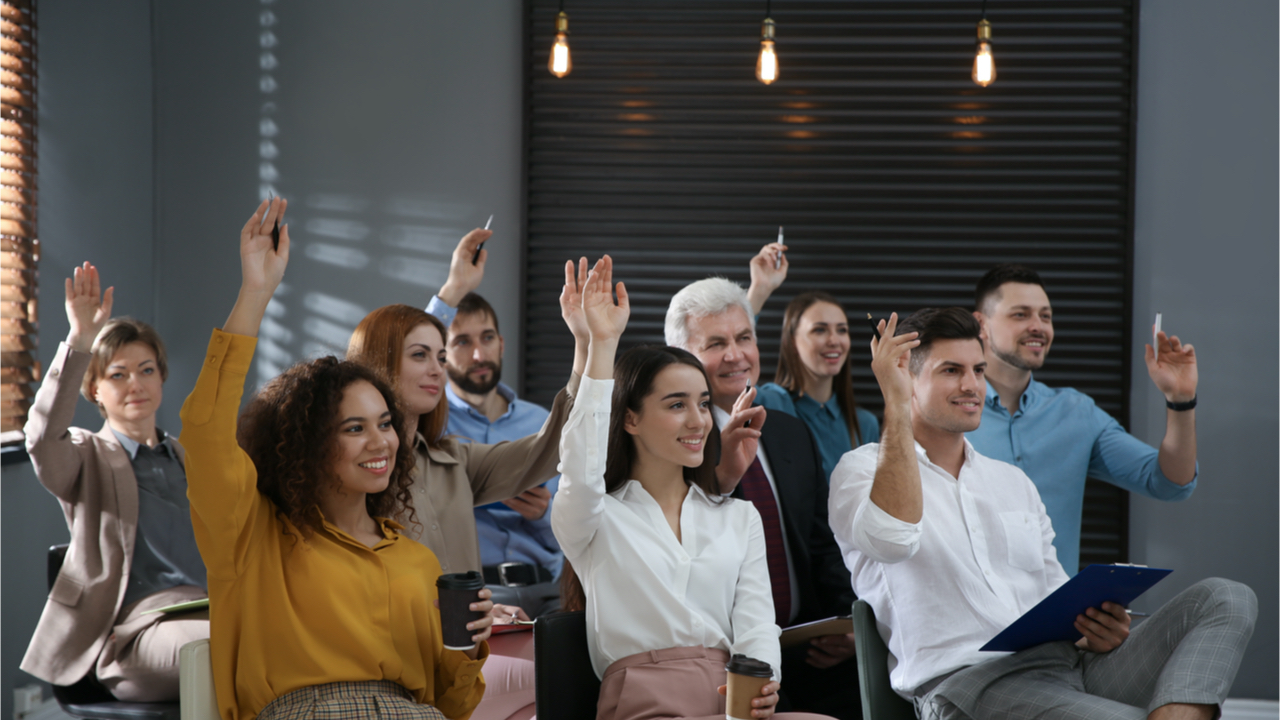 As central bank digital currencies (CBDCs) advance in testing, a number of countries have taken the lead in an effort to create a CBDC. The enterprise blockchain firm Guardtime recently conducted a survey that shows adults from ten different countries would likely use a CBDC. Nearly two out of three respondents said they would likely use a CBDC after launch and most of the study’s participants believe a major CBDC will be launched within three years.

63% of Survey Respondents Would Leverage a CBDC if Launched, 33% Would Be ‘Very Likely’ to Use a CBDC

The enterprise blockchain firm founded by Christopher Leiter and Mike Gault, Guardtime has recently conducted a survey throughout ten major economic regions throughout Europe, United Arab Emirates, Asia, and North America. The study has found that out of all the surveyed participants, 64% said they would “likely” leverage a CBDC if their country happened to launch one. 33% of respondents said they were “very likely” to utilize a CBDC if a major one was launched.

Guardtime’s study says the company is working with “several central banks around the world” and it believes “the introduction of central bank digital currencies could upend the global economic order.” Only 10% of the study’s respondents said that they would “never” use a CBDC. Furthermore, Guardtime says that the company found “strong support” from participants who would convert their current savings into a CBDC. Support for CBDC paid salaries also saw “strong support” in the Guardtime survey.

“Around one in three adults (33%) would be willing to convert their savings into a CBDC within a month,” the Guardtime research report notes. “Another 26% would do so within one to six months. Just 11% say they would never convert savings into a CBDC,” the company’s study adds. Guardtime’s researchers continued by stating:

Up to 30% would be happy to have their salary paid in a CBDC within a month with another 27% following within one to six months. Around 12% would never accept being paid in a CBDC.

Study: ‘Consumers Ranked Privacy on Transactions as the Most Important Attribute of a CBDC’

As far as predictions are concerned, Guardtime’s study suggests that because of things like the Coronavirus crisis. The increased digitization of our modern world will likely bolster the first major CBDC “within three years,” the study says. The head of strategy at Guardtime, Luukas Ilves, believes the survey’s findings are fascinating. “People worldwide have embraced rapid digitisation during the Coronavirus crisis and that appears to be reflected in the relative enthusiasm for the launch of digital currencies from central banks,” Ilves said. The Guardtime executive further added:

It is fascinating to see that 64% of people would be willing to use CBDCs – even though they have not been launched yet – and are happy to support and trust central banks to ensure digital currencies are delivered.

Guardtime’s research details that respondents said they would not necessarily want to stop using cash. Although, 31% of participants detailed that they would substitute more than half of their financial transactions via a CBDC within one month after it launched. 28% said they would want to wait more than a month and up to six months in order to carry out financial transactions with a CBDC. There were three very important features respondents wanted to see which were privacy, ease-of-use, and the ability to leverage a CBDC without an internet connection.

What do you think about Guardtime’s recent survey? Would you leverage a major CBDC if one was introduced in the near future? Let us know what you think about this CBDC survey in the comments section below.