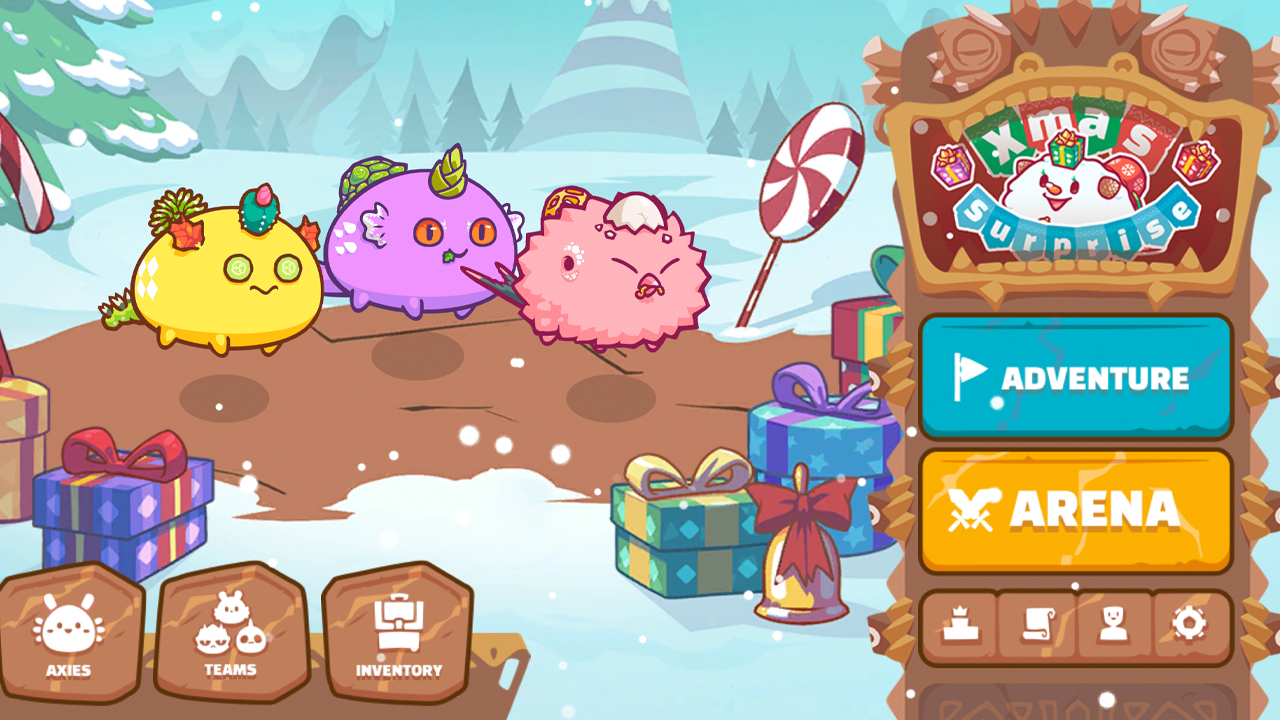 While most digital currency markets are down in value, a token called axie infinity, the native coin tethered to the blockchain-based trading and battle game of the same title, has reached new price highs jumping to $21.55 on Tuesday. The Axie Infinity platform has seen massive demand in recent days, and other tokens from the gaming economy like “smooth love potion” have also seen significant buying pressure.

Last week, Bitcoin.com News reported on the booming Axie Infinity economy, as the project’s non-fungible token (NFT) assets and its native token have skyrocketed in value. The project is basically an Ethereum-based game that also offers a digital marketplace and governance protocol.

The token, axie infinity (AXS), is leveraged for governance and other actions within the game. The game involves a battle between token-based creatures called “Axies,” and players can collect items, breed the creatures, and train them similarly to Pokemon or Hearthstone game characters.

On Tuesday morning (EDT), axie infinity (AXS) tapped an all-time price high at $21.55. The token has been on a market rampage in recent weeks, outpacing coins like BTC and ETH in terms of percentage gains. Seven-day statistics show AXS is up 86.72% against the U.S. dollar and 410.11% over the trailing 30 days.

Coingecko stats and nomics.com data show the market capitalization for AXS is around $1.3 billion and there’s $1.2 billion in 24-hour trade volume on Tuesday. At 0.00062 BTC per AXS, the axie infinity token has gathered 18.11% on Tuesday against bitcoin (BTC). Out of the thousands of cryptocurrencies in existence, Coingecko shows AXS holds the 74th position ranking on July 13.

The attention lately has not just been focused on AXS, as the Axie Infinity economy’s other tokens are seeing demand as well. One specific token called smooth love potion (SLP) is one of the Axie Infinity tokens seeing buying pressure. Axie Infinity players can earn SLP as rewards and when they battle in the game’s adventure mode.

SLP too tapped an all-time high (ATH) on Tuesday morning, reaching $0.39 per unit on Binance. Besides earning and collecting SLP and AXS, the Axie Infinity economy’s tokens can be purchased and sold on exchanges like Uniswap, Binance, Bkex, Digifinex, and Huobi.

While the Play-to-Earn Structure Is Popular, Some Call It a Pyramid Scheme

The Axie Infinity universe was developed by a game studio created in 2018 called Sky Mavis. The game leverages a play-to-earn structure and players can collect rare Axies and breed them by leveraging SLP. Axie Infinity players earn more resources by competing in PVP battles hosted in the game’s adventure mode.

Players need to download the game, Ronin wallet and Ronin bridge to get started, and the web3 ETH wallet Metamask is also used to connect with the game. In addition to all those steps, users also have to have at least three Axies sold on the Axie marketplace to begin gaming.

NFT Games will be a GAME CHANGER, get it? get it???

Games like #AxieInfinity will bring finance into games and also gamify finance.

The border to gamified Ponzi schemes will also blur, though 🤷‍♂️

Blockchain-based games have become very popular in recent times especially with the emergence of NFTs. With the play-to-earn structure, people can earn funds in the Axie Infinity economy but they still have to fork over some ether to get started.

For this reason, some people have begun to think of Axie Infinity as a borderline Ponzi scheme. “Is it just me or [does] Axie Infinity feel like a Ponzi/pyramid scheme?” one individual said on Twitter on Tuesday. Twitter is littered with comments from other individuals saying the same thing.