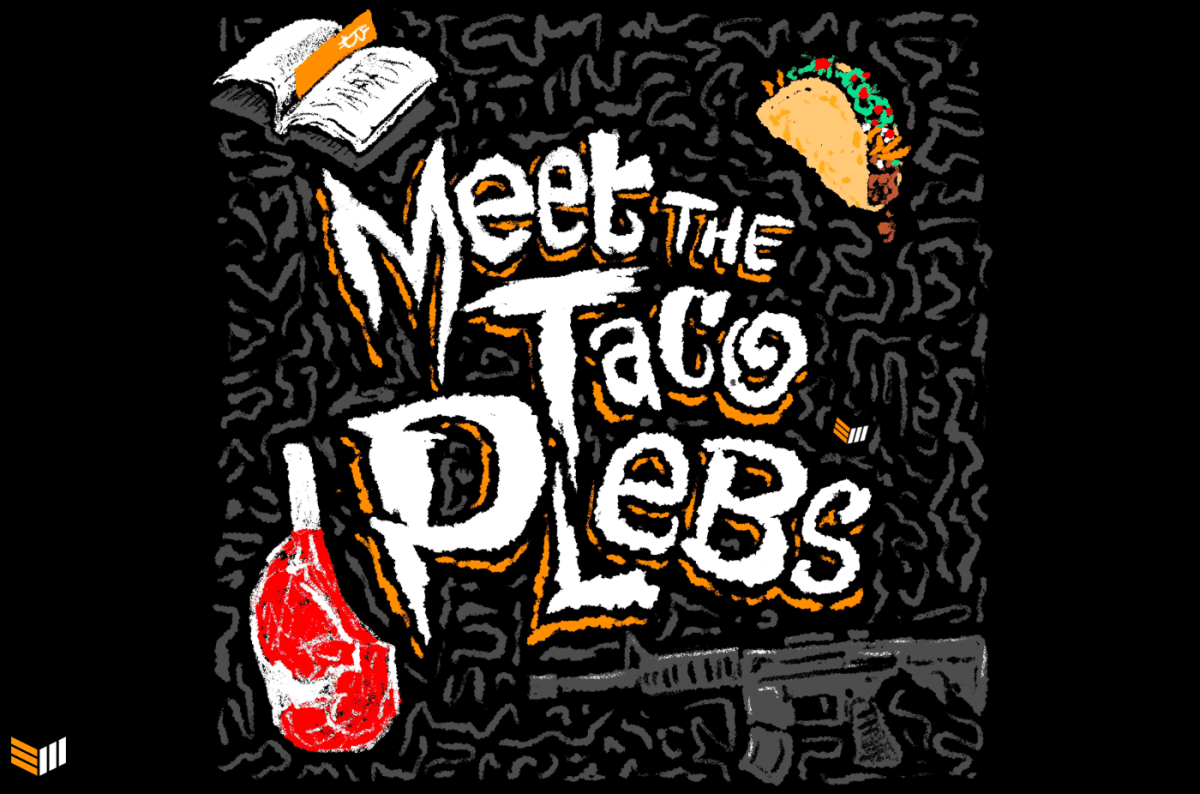 In this episode of Bitcoin Magazine’s “Meet The Taco Plebs,” I sat down with active Twitter and Clubhouse Bitcoin pleb Mike Hobart (@theemikehobart on Twitter), to discuss his Bitcoin rabbit hole journey, how Bitcoin has affected him since he discovered it and the role that Bitcoin plays in the current macroeconomic environment.

Hobart explained his unique process of fully diving down the rabbit hole post-military deployment and the beneficial impact Bitcoin has had on his life, as well as the potential Bitcoin creates for human civilization.

To finish, we discussed the inevitability of bitcoin eating a large portion of the global bond market and the eventual monetary value of bitcoin exploding.

Below are some more thoughts shared by Hobart throughout the interview. Be sure to check out the full episode for more.

The very first time I had heard about Bitcoin was many years back, I had heard rumors of Runescape players power-leveling accounts and selling them in exchange for bitcoin. I had no idea what it was at the time and no understanding (and therefore no value) for money or investments — I just wanted to chase girls and party.

I didn’t get involved until many years later. It was as I was preparing to finish the spring semester of college strong, (which I was very focused on as I was preparing for mobilization to deploy to the Middle East), that I saw a news headline stating that bitcoin had broken $1,000. It was at this time that I coincidentally had come to the realization that the successful, the wealthy and the powerful don’t just work for a salary — they have their money (aka, capital) work for them to earn a yield while chasing down income and opportunities at the same time. So, I told myself I’d keep an eye on it as a desirable investment vehicle for my soon-to-be-realized deployment income.

About three months later I was preparing to head to Fort Hood and saw that bitcoin had quadrupled to $4,000 already! I told myself I had to pull the trigger and put something into it. From that point on I went down every rabbit hole — I made a Twitter account solely for acquiring Bitcoin information because I recognized very quickly that Twitter was the Mecca of BTC veterans and the nexus for new BTC Information and new updates as they were happening. I was following individuals like Lynn Alden, Preston Pysh, Pomp and Marty very early on, and I was risking funds on altcoins and everything.

I was losing money on altcoins at lightspeed pace, but I was learning even faster. I was researching Bitcoin’s history, looking to understand how it worked, what the Byzantine Generals Problem was, and so on. But I was also reading up on technical analysis (I read “Technical Analysis Of The Financial Markets”), Economics, what diversified portfolio theory was and so on. And to really paint a picture of how motivated I was, all of this was being done while I was performing my military duties overseas, lol. I would study while at work, I would go lift for three hours a day, and then every night I was reading and listening to podcasts for about two to four hours before heading to bed.

How has Bitcoin changed your life?

Bitcoin has changed my life because throughout the process of working to really understand what [it] is I’ve come to develop a wealth of knowledge in finance, what money is and a better understanding of groupthink and market psychology.

Alongside that, Bitcoin has changed my life in a more intimate manner. When I got home from deployment, I ended up rushing to see my friends the day after touching down on Iowan soil. Where I went to a bar with friends, had two or three stiff drinks at a bar, I blacked out and ended up with a DUI. At which point I had been fully aped into Bitcoin, and I was forced to liquidate my holdings to handle the costs that came along with that.

After which it was January 2019 and bitcoin had been grinding along at about $3,000 for a while… at which point I had basically nothing left monetarily. I had a sit down with my mom (who is my mentor in almost every way, who is also a bitcoiner now, btw) and told her: “I know, deep into my soul, that if I don’t get what I can now and hold onto it… that I will regret it for the rest of my life.”

Now that I’m up over 10-times on that small amount of money, it allows a level of peace of mind that is incomprehensible.

As a member of the middle class, and being a millennial that bought into the student loan debt trap, knowing that I have this asset to hold my savings in that has the growth potential that rivals the likes of Amazon, Apple and Google…. Bitcoin has changed everything for me.

What is the most amazing thing about Bitcoin to you?

The most amazing thing about Bitcoin is that it can not be forcibly removed. If you self custody, and any individual/entity in the world can work to pressure you into giving up your funds — if you hold out, and resist… there is no way for them to get what they want without you. That is the most revolutionary aspect of any monetary asset in existence:

i. Dollars can be removed

ii. Cash can be dug up

iii. Vaults can be broken into

iv. Gold can be taken

What are you most looking forward to in the Bitcoin space?

This is actually kind of interchangeable with the prior question for me. I’m most excited for the future that Bitcoin makes possible. This is actually what moved me to write the article that was my first piece featured with you guys at Bitcoin Magazine, which I can’t appreciate enough. Shoutout to Will Clemente III for connecting me with you Tyler.

But what Bitcoin makes possible is a complete paradigm shift for human civilization. It can resist forcible seizure and it provides energy generation with an avenue of monetization that the human species has never experienced before. By bringing monetization and free market competition to energy generation, you drive down the costs. As more across the globe come to understand Bitcoin and the mining process, the competition for cheap energy sources and more efficient utilization of that energy… that’s when things get very exciting.

For those that don’t understand basic economics, the cost of a good is determined by the amount of energy and effort that goes in to the production of the good and the acquisition of the materials that are used to produce the good. If the cost of energy goes down, then the cost of everything else comes down. And as a civilization becomes more capable of energy capture and utilization, that civilization gains the momentum to “level up.”

Uhhhhh… I’m not big on trying to provide strict predictions because I don’t like how much people prefer to be lazy and hitch their wagon to someone else’s thoughts without putting in the work themselves.

But… I have a chart, I doubt how accurate it will be going forward… but it has remained accurate for about years… and it says about $350,000 for the top in the winter of 2021.

For 2030, I’m betting we’re taking a significant chunk out of the bond market and are working toward that multi-million-ish price point that Greg Foss talked about.