With several blockchains projects competing to get the edge, the big names frequently get the shots. However, small blockchains like Telos still manage to make a name for themselves and even exceed the functionality of the bigger ones in some areas. 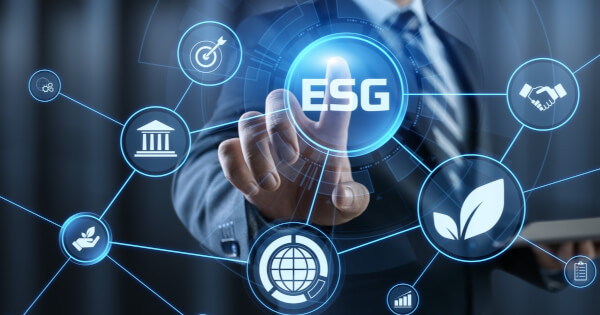 It is always important to look beyond the big names because the undervalued blockchains (such as Telos) are known to offer tremendous potential.

Major enterprises and organisations have overlooked the big-name blockchains and are now turning to Telos to launch and run blockchain applications.

With this in consideration, this article, therefore, aims to explore how Telos – the first ESG Blockchain – is doing it right.

As the global economic landscape continues evolving at a rapid pace, it appears that an increasing number of investors are fast becoming more environmentally conscious. For example, Elon Musk, Tesla CEO, recently halted accepting Bitcoin payments for the automaker’s various products. Musk cited that reaching such a decision was due to Bitcoin’s mining processes being relatively energy-intensive.

In recent times, environmental, social & Governance (ESG) investment and business practices have begun to gain widespread attention. Many investors are starting to use ESG as one of the main standards when weighing the potential risks of any business initiative looking to put their finances.

However, ESG reporting has come with certain challenges, which can be addressed by decentralised, transparent blockchain technology. While the calls of the integration of blockchain markets and the ESG have continued rising in the fintech landscape, only a few blockchain solutions have sought to integrate two aspects together, an issue that has made Telos widely known.

Since its inception, Telos, which is regarded as the best and fastest, virtually fee-less blockchain platform, has been helping to mitigate several environmental problems that have hindered the growth of the blockchain industry.

The energy usage ratio of the Telos blockchain is identified to be significantly lower than several of its blockchain competitors such as Cardano, Ethereum 2.0, Bitcoin, and others. Telos normally undergo regular audits to keep its CO2 generation figures and native energy consumption in check.

Telos – the first ESG blockchain provider – has been receiving mass adoption by real-world users across the globe because of its environmental and social consciousness.

Telos is getting much more attention than other blockchains because of its ability to offer interoperability solutions.

Telos blockchain supports transactions on other chains and networks, integrates existing systems with multiple apps, and makes it simpler for developers to switch from one underlying platform to another.

Telos supports the creation of dApps and DAOs running on EOSIO and enables developers to create and run Ethereum-compatible smart contracts without any transaction fees.

With Telos EVM (Ethereum Virtual Machine), people can build and deploy decentralised applications how they were meant to be, with high speeds, no limit on users, and no middlemen.

Telos EVM allows blockchain developers to choose whatever languages and tools they want and create an EVM bytecode they want to deploy on an Ethereum-powered blockchain and drop it to an EOSIO blockchain uninterruptedly. Also, with Telos blockchain, clients using Web 3.0 can shift to a different series of API (Application Program Interface) providers.

Despite such popularity, Ethereum has shown several scalability problems. Polkadot has still not launched its parachain upgrade to hook individual side-chains into the main blockchain. While Cardano has only recently launched smart contracts, Tezos, which recognises itself with NFTs, DeFi and other tools, most of its projects are still in development.

To achieve efficiency, blockchain technology needs to be scalable, fast, and facilitate mass adoption. Telos, which has been existing since 2018, might be undervalued in that regard.

Compared to other major blockchains, Telos differentiates itself across several segments. The Telos Network is widely known for its ability to process about 5,000 transactions per second, and its average transaction is much faster than other blockchains.

All the functionalities mentioned above have attracted the attention of some big brands. Cisco, Microsoft, Siemens, Taikai, and Zalando are just a few firms using Telos blockchain to develop applications and unlock real-world activities.

Telos combines the best of different ecosystems and successfully adds other benefits on top, and this makes it offer important features that other blockchains do not provide.

While other blockchains appear to focus mainly on cryptocurrency users, Telos seems to tackle real-world problems and scenarios.

With gaps still being seen in major blockchains, alternative ecosystems like Telos offer impressive solutions. Big brands have noticed this and are now turning to Telos to launch and run their applications on the blockchain.